Skip to content
You are here
Home > Blogs > Olongapo City

Olongapo City, my hometown, is a part of Zambales that became famous and known through the years with the motto that reads “Bawal Ang Tamad sa Olongapo” and later on people came up to another one that says “Fighting For Excellence” or “Aim High”. This was due to the time when Mt. Pinatubo erupted and at the same time when Americans bid goodbye to the Subic Naval Base.

At first it was a horrifying experience for all the residents. They never thought the place would be saved from the killer volcano. Plus the fact that Americans vacating the Base has affected a lot of people whom have lost their jobs. But as what the sayings go “Bawal Ang Tamad Sa Olongapo” and “Fighting For Excellence” led the people to strive more and get up from where we have left off. That was the time when the Subic Bay Freeport Zone was made.

Thanks to the people of Olongapo who have dedicated their time and effort saving the place. There were hundreds of people who have worked as “SBMA Volunteers” all throughout the maintenance of the whole zone. And guess what the best part was, Olongapo City boomed more than expected. Color coded jeepneys were maintained. Sidewalk Vendors, Drivers and Public Utilities willingly complied to wear the uniforms given in every designated area. Jeepneys Drivers wear blue shirt with their names printed at the back. Flower or Sampaguita Vendors wear pink vests and pants. Sidewalk Vendors show off their goods in a uniformed blue painted stall. These things have always made the place well. This is because of the “unity” and “concern” that the people of Olongapo City has always shown and extended to my beloved hometown.

After so many years, now it could be claimed that the people of Olongapo City have recovered all the losses after the Mt. Pinatubo eruption and proved that they could survived. Olongapo has now become one of the famous and often visited places in the country. One of the spots that attract tourists and other country’s residents is the developed “Zoobic Safari” the only tiger safari in the Philippines. For just P395 entrance fee you’ll get to see different animals and the whole place for at least 3 hours. Fair enough eh? One of the main attractions is the “Tiger Encounter” where you have the chance to see and feed the tigers safely (P200 for a whole of chicken), of course with the help of the professional trainers. 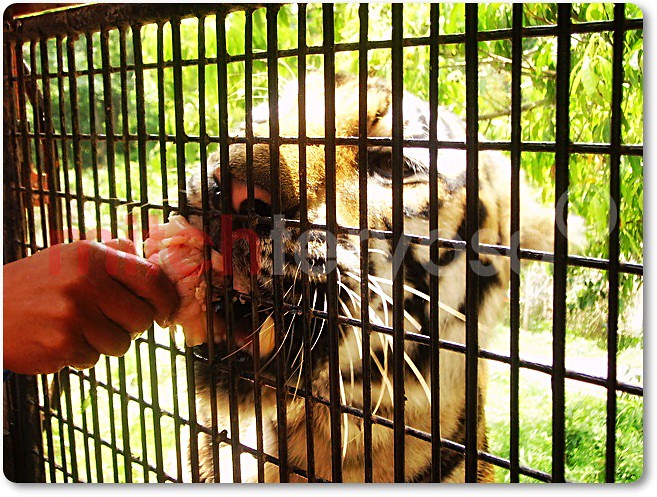 Not only that, there’s another one called Crocoloco where crocodiles are kept. Just like the tigers you are allowed to feed them in the feeding area (a piece of chicken for just P50). Believe me you will enjoy the experience. 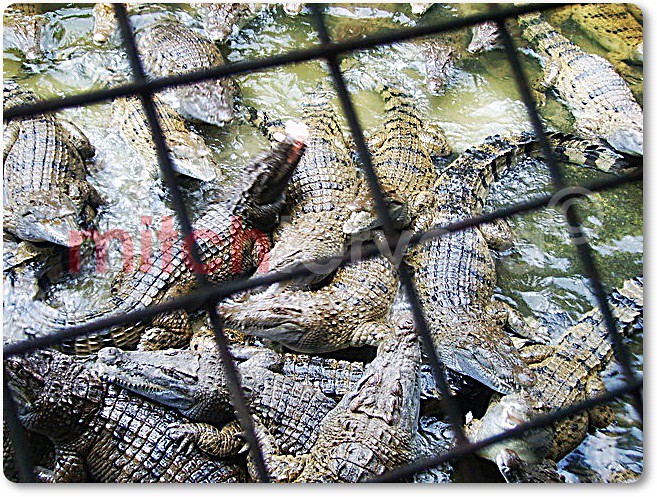 Aside from Zoobic Safari, Ocean Adventure is also one of the most visited places in SBMA.

Resorts, accommodations, restaurants, malls, airport and even themed parks are now the most visited that changed the ways of life of every residents in Olongapo City.